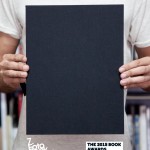 Before the War Special Edition SOLD OUT

Before the War Special Edition SOLD OUT

Before the War Special Edition by Alejandro Cartagena

“The images are full-bled in a series of small signature booklets, comprised like nesting dolls to make up the larger whole. Intentionally loose in formality, the publication inspires the viewer to function as an investigator. With my second peering, I found better pleasure engaging with the photos stream-of-consciously, ingesting the the images cinematically, excited in leaving the overarching story of the Mexican drug cartel wars behind and belied. This is photography and editing working its great tangle of nonfictitious and fictional ways. One of the few examples where elaborate and novel design doesn’t deter my excitement to flip and flounder”. Michael Ast for PhotoBook Melbourne