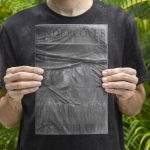 Introducing TVC América Latina: a joint publishing project between The Velvet Cell and Alejandro Cartagena. TVC:AL is a platform for Latinx artists and projects that explore Latin American cities and culture through photography and text.

On the 19.9.17, an earthquake measuring 7.1 occurred near Mexico City. A number of buildings in the capital were destroyed and at least 200 fatalities have been reported to date. Remarkably, the event happened exactly on the 32nd anniversary of the devastating magnitude 8.1 Mexico City earthquake of 1985.

Journalist’s investigations into the disaster revealed that many of the buildings affected had been built to improper standards. The corruption between the state and the property companies was found to have caused multiple unnecessary deaths. As a photographer and architect Onnis Luque wanted to address these events in his work. Having lived through both earthquakes inspired him to create a visual metaphor on the uncertainty that these tragedies produce.

“Many people died that day. I wanted to say something about it, but it was emotionally overwhelming. Then I realised that I could use the buildings covered in black as involuntary signs of mourning. Many of them had been damaged by the earthquake, while others were new buildings being developed through shady agreements. With Undercover I seek to cast light on this issue of systemic corruption in Mexico City” – Onnis Luque